While Portman supports improving America’s aging roads, bridges, ports, and other infrastructure, he opposes President Biden’s $2.3 trillion plan, which is filled with policy priorities that are a far cry from what has ever been considered infrastructure. Portman believes that a responsible infrastructure bill can be financed without raising taxes on American families and job creators. 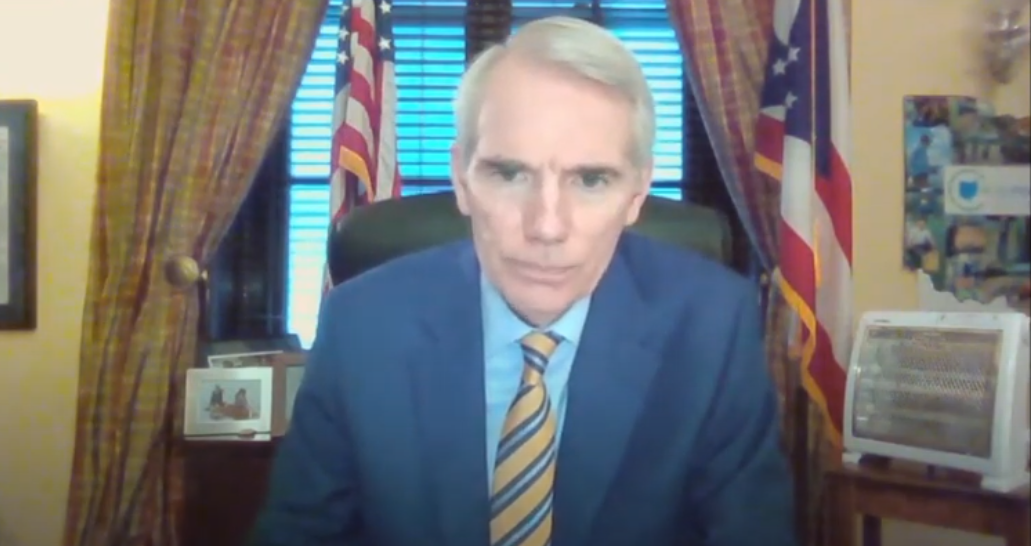 Portman: “All right, thank you, Mr. Chairman, I appreciate your fitting me in. I think this is an incredibly important hearing because probably the most important aspect of infrastructure that we’re not talking enough about is how do you pay for it? I think there’s a general consensus on the need for more funding for our roads and bridges and a broad definition of infrastructure, including broadband and certainly water infrastructure and electrical grids and so on. But how you pay for it is the tough thing. And I’m going to mention three things here quickly. One is to use some of the COVID money that’s already been appropriated but not obligated. Another would be these public-private partnerships, the so-called P3s. Another would be infrastructure banks, building on TIFIA and so on. Let me start, if I could, with a question to you, Commissioner Sheehan, with regard to transportation projects, under the COVID-19 legislation, $350 billion is supposed to go out under the new American Rescue Plan I think only about $65 billion of that has gone out so far. My state of Ohio wants to use some of this for infrastructure. Are you finding that’s true with regard to other states?”

Commissioner Victoria Sheehan, New Hampshire Department of Transportation: “I thank you for that question and yes, we are hearing the same thing here in New Hampshire and across the country. During the pandemic, many of our governors were forced to implement the stay at home orders and as a result we saw less travel on our transportation network. That meant there was a significant reduction in revenue at the state level. Many of our states also support municipal transportation investments. Here in New Hampshire, 12 percent of the revenue that we collect goes to cities and towns.

“And so we would very much anticipate the American Rescue Plan dollars being used to both advance projects that have been put on hold because of revenue uncertainty, as well as to increase the investment.”

Portman: “So under the current law, it can be used for broadband and water infrastructure, but not for those roads and bridges you’re talking about. So would that be helpful to be able use that funding? And is there a way we can get credit for that? In other words, as we’re asking about how do we pay for new infrastructure, roads and bridges, wouldn’t this be a good example of how we could take some already appropriated funds and attach them to new infrastructure spending by changing the law?”

Commissioner Sheehan: “So here in New Hampshire, we’re closely examining the guidance that came from the U.S. Treasury in terms of the allowable uses of the American Rescue Plan dollars. But yes, our goal is always to stretch the value of the federal funds that are provided to state DOTs and look at all the different financing and funding options to make sure that we can maximize the opportunity.”

Portman: “In New Hampshire would you use the federal money if you had to do more than a 20 percent match. Normally it is a 20-80 match for most of the grant programs. What if it was a 30-70 match? 40-60? Would you still be interested in using the money for infrastructure?”

Portman: “Well, I would tell you in some states like Ohio, there is a strong interest in this. And it sounds like New Hampshire is in the same situation. I hope we can use some of this funding as a way to help provide some of the gap we will have in terms of funding. The other is P3s. And I guess, Commissioner, you are probably a good person to ask about this too, but also our representative, Commissioner Buch, from the National Association of Counties, what can we do on the federal level to incentivize the use of P3s? Right now, as I understand it, there’s a value for money analysis, sort of like a cost benefit analysis, used to evaluate whether traditional public financing works better or a P3 structure or public-private partnership structure. And states are not required to use this analysis for every project in the transportation improvement plan. Should we be encouraging their use of this analysis tool to try to drive the use of P3s more for project financing? Would that help pay for infrastructure?”

Commissioner Sheehan: “Certainly in state DOTs, we’ve been embracing the concept of asset performance management, so we’re looking at the cost benefit analysis around different investment strategies. And certainly the P3s are a powerful tool. And those opportunities to partner with the private sector to increase the investment in transportation are extremely attractive.”

Portman: “How about the National Association of Counties, quick answer to that? Is that of interest to you to try to encourage P3s more?”

Commissioner Heather Buch: “It would definitely interest counties to know that there are these options available. The more variety, the more tools in our toolbox, the more that we can find programs that will fit and we can implement our infrastructure and transportation needs.”

Dr. Joseph Kile, Ph.D. Director Of Microeconomic Analysis, Congressional Budget Office: “Sure, so expanding TIFIA would allow more state and local governments to borrow money to finance projects that would be partly financed by private money. And state infrastructure banks tend to be capitalized by either their own money or grants from the federal government. And those then operate like a bank for infrastructure projects.”

Portman: “So could the infrastructure banks pick up some of the gap that’s left right now with regard to TIFIA funding? In other words, is it helpful over and above TIFIA funding?”

Dr. Kile: “I think we’d have to look at the specifics of a particular proposal to provide more information on that.”

Portman: “Beyond TIFIA, what would the economic incentives of creating a national infrastructure bank do with regard to other financing options like tax-exempt bonds, which are used regularly?”

Dr. Kile: “So I think different entities would look at the options available to them, recognizing that any loan needs to be repaid with future either tax revenue or user charges.”