A transcript of his remarks is below and a video can be found here: 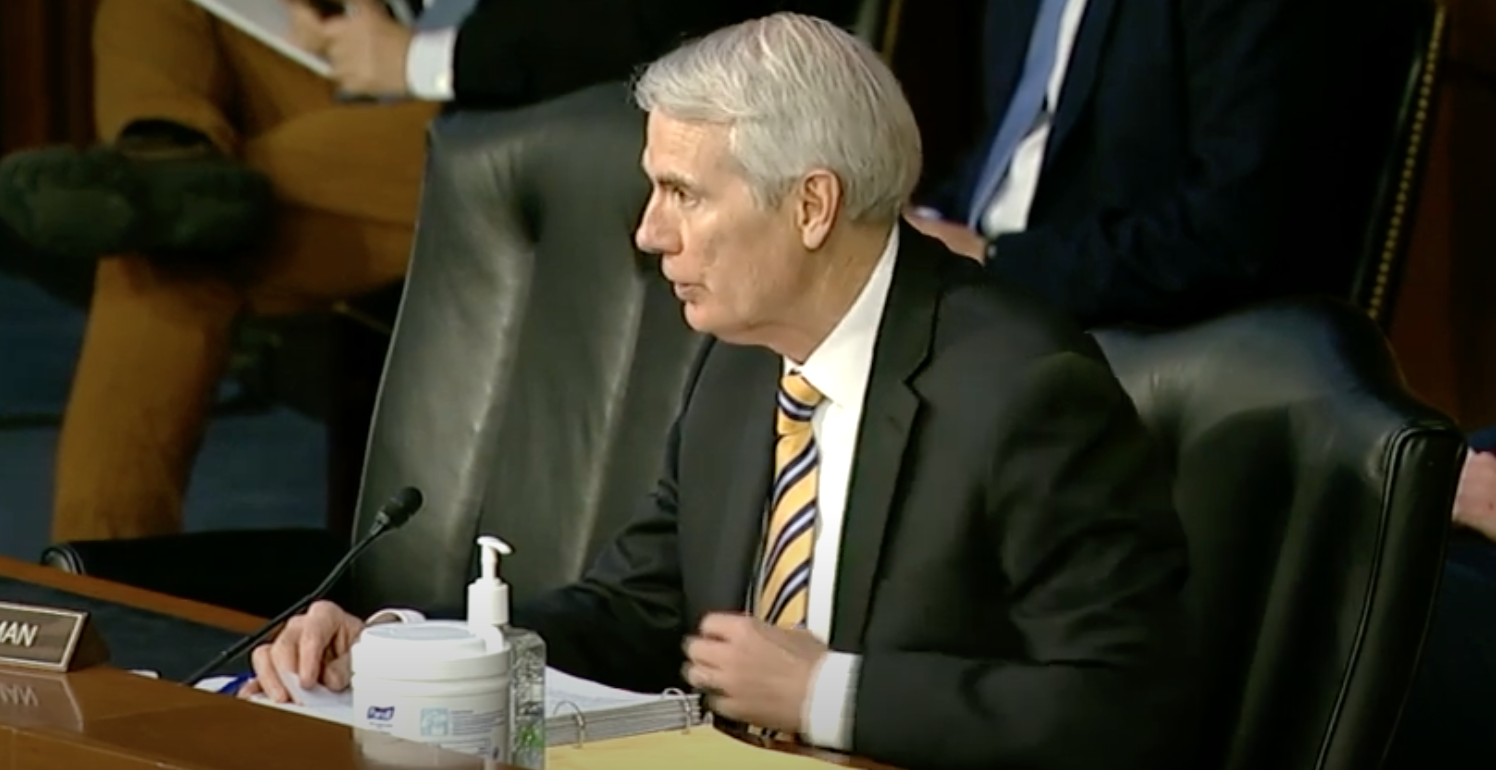 “Thank you, Mr. Chairman, and thanks for indulging us because we’ve got so many things going on at the same time this afternoon. I support, as so many of us do, an all-of-the-above approach to energy policy. And there’s a reason for that. It’s important we have a different mix of power sources for our energy portfolio, for our economy, and that includes fossil fuels, but it also includes nuclear and it also includes renewables. Ohio is a classic example.

“We have 41 percent coal still. Probably less than 41 percent by the time I finish talking because natural gas has displaced a lot of our coal power. Natural gas is about 42 percent. Renewables, 2.7 percent, including hydropower on the Ohio River. Solar, wind, as well as nuclear power, which is up to 13 percent in Ohio. So we’ve got it all. We also have a strong energy development and manufacturing sector that supports – and is supported by – these energy industries. We will continue to need this diverse energy portfolio, which includes fossil fuels, in my view, to help keep costs low and to have reliable energy and to assure that our grid reliability is there as we work toward a cleaner energy economy.

“However, this approach does not mean that we have an increase in emissions. In fact, we’ve had a reduction of emissions. As you know, since 2005, our national emissions have fallen by 10 percent. Specifically, power sector emissions have fallen by 27 percent. It’s pretty amazing. And it really goes to the natural gas revolution that we’ve seen in Ohio and elsewhere. Over this time frame, our nation experienced rapid growth, by the way, and yet, we had these numbers and we also had rapid growth in our domestic energy production, particularly natural gas.

“Working on solutions to help reduce our emissions while supporting the economy is an important conversation. My concern is that it may not be a bipartisan one today. I have been able to work with a lot of my colleagues on the other side of the aisle, and our side of the aisle, to put forward energy bills, some of which are actually under jurisdiction of this committee. One example is the bill that Senator Michael Bennet and I have introduced for several Congresses now. We are about ready to get it done. It’s a smart thing. It’s to use private activity bonds, which brings in a lot more private sector funding. And it would help to finance the purchase and installation of carbon capture and sequestration. Which again, using fossil fuels but capturing that carbon. And now we’ve added direct air capture equipment given the technology improvements there.

“I understand just as I walked in here that it is included in the Chairman’s mark. If that’s true, Mr. Chairman, thank you very much. I didn’t know that, but I think it makes sense. And I think it’s one where we should be able to find a way forward. We did this, by the way, with scrubbers back in the 70’s using private activity bonds, and I think it should be used for those bonds. I also have the Linear Generator Parity Act with Senator Brown. This is about a specific technical correction to allow high efficiency linear generators to access an investment tax credit.

“And again, I understand from Senator Brown that’s also been included in the bill today. I think that is appropriate. Again, small change, but important to keep up with the technologies. Other bipartisan bills I’ve worked on to help improve the emissions and the environment while creating jobs include our energy efficiency legislation with Senator Shaheen. As I told the chairman, this is not about tax incentives. We’ve never focused on the tax side. Instead, we focused on other incentives, but no mandates.

“And it’s pretty significant in the sense that it would save consumers about $51 billion on energy bills through more efficiency, but also reduce carbon emissions by about 1.3 billion tons, and add more than 100,000 jobs to the economy. All without putting any new mandates in the private sector. That bill has passed the Senate before. It did not pass the House last time it passed the Senate, and pieces of it have been signed into law, but there’s still more to be done there.

“So I hope, Mr. Chairman, that we will have a spirited discussion today about these different approaches. But at the end, figure out some way to come together on some of these ideas that make sense for jobs and the economy, but also for reducing emissions and helping the environment. Thank you, Mr. Chairman.