This morning on Meet The Press, Senator Portman discussed the bipartisan infrastructure proposal he is leading negotiations on in the Senate. Portman stressed the importance of focusing on core infrastructure upgrades without imposing tax hikes on hard-working American families.

A transcript of his remarks is below and video can be found here. 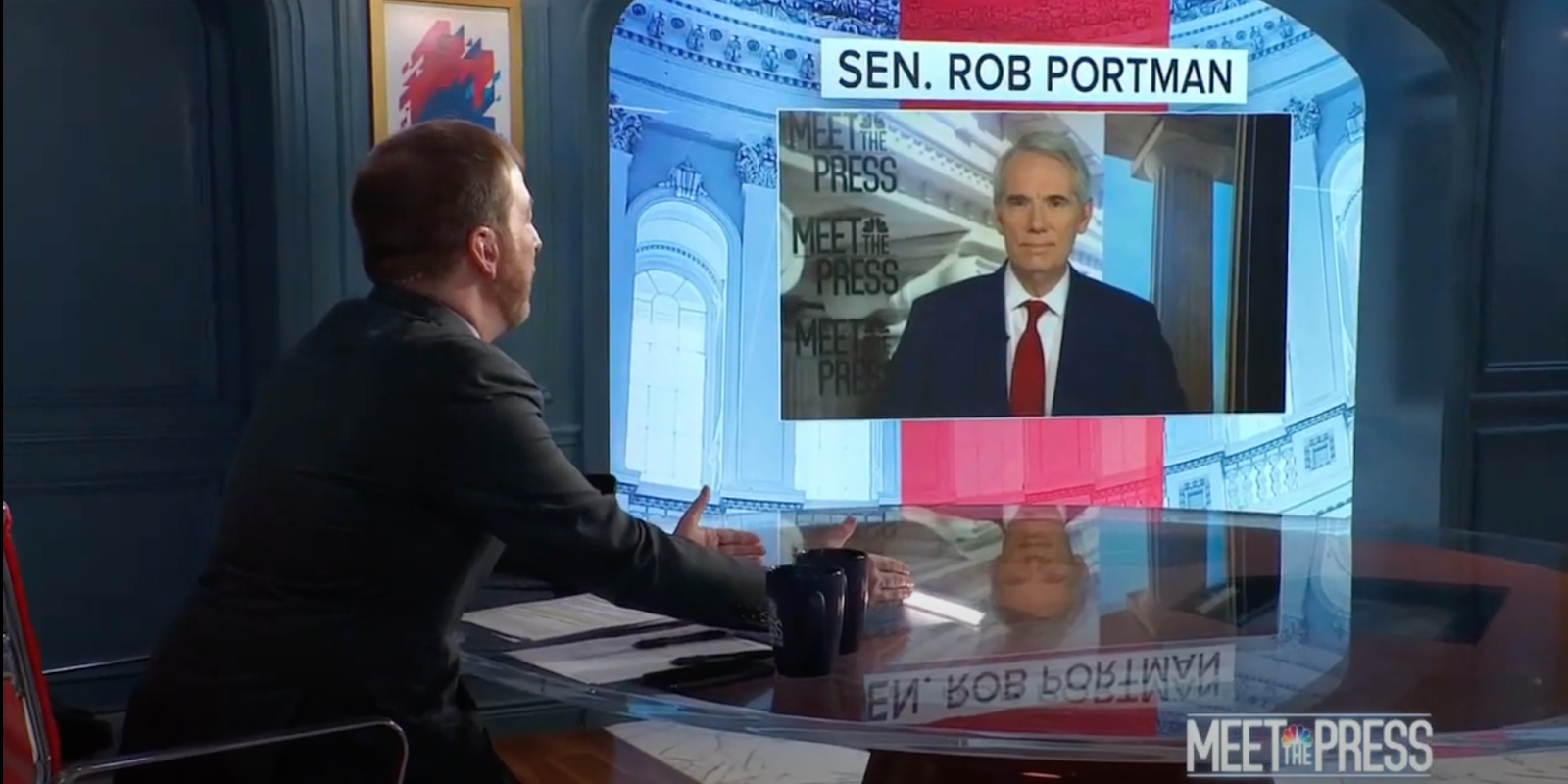 “I was interested in hearing from my colleague Senator Sanders. He said at one point, with regard to the $6 trillion package, ‘The list goes on and on.’ And that’s the problem. It’s not about infrastructure. It’s kind of a $6 trillion grab bag of progressive priorities. Ours is about core infrastructure and it is paid for. It’s paid for without raising taxes, which is key. And I do think we have agreement on that. And I do think there are very creative ways to pay for infrastructure that wouldn’t be available for other expenses. As an example, the infrastructure bank, which is a bipartisan proposal that says let’s use the power of the federal government to borrow at lower rates to be able to leverage private sector funding as well as state and local funding. But also, we’re repurposing COVID funding, Chuck, and over $100 billion in the proposal is repurposing in three ways funding that has not yet been spent with regard to the COVID-19 packages that have gone out, including the latest $350 billion package to state and local governments. They would like to spend some of that on infrastructure, my state of Ohio certainly would, and we would permit them to do that and that helps pay for the package. So there are some creative ways to pay for infrastructure.”

PORTMAN ON NOT RAISING TAXES:

“The administration, therefore, will need to come forward with other ideas without raising taxes. What we don’t want to do is hurt the economy right now as we’re coming out of this pandemic by raising taxes on working families. That’s, frankly, what’s done in the $6 trillion package. It’s the largest tax increase in American history in addition to this huge spending. It’s important that we have pay-fors, but we don’t want to raise taxes.”

PORTMAN ON LONG-TERM INVESTMENT IN INFRASTRUCTURE:

“I think when you look at infrastructure, you have to think about what it is. It’s long-term investments. As an example, we have a bridge over the Ohio River in downtown Cincinnati, where I am, that has been in need of repair for a couple of decades now. It’s about a $3 billion project. It’s going to take a long time to do it, probably five to ten years, and it’s about a 50-year project we hope. In other words, these hard assets will last for many, many years. So you finance that differently, just as you would in your business or your family.

“So this is supporting long-term investments to increase our productivity as a country, increase our competitiveness, and all the economics of this work well for our long-term economic growth. That’s what this is about. It’s something that can be paid for differently, and it has been traditionally. Traditionally, we’ve allowed the federal government to provide relatively low-interest loans that get paid back. And that’s what we have in the proposal, the so-called infrastructure bank, which is a revolving loan program. Much is being done with regard to things like water infrastructure or the grid, the ratepayers themselves will pay that back. It is a way to pay for it, not going further into deficit, but understanding these are long-term capital assets that we need to do. By the way, we don’t get good marks on our infrastructure in this country and we’re losing out to other countries in terms of competitiveness so it’s important to do it.”

“I think we are absolutely committed to it. And I think there’s a number of others as well on both sides of the aisle. Last week I heard from a lot of my colleagues saying, ‘I need to look at one other issue, can you do this, can you do that.’ There’s a lot of interest in having a bipartisan proposal.

“Chuck, this is growing the vote from the middle out. Unfortunately, that’s where we are right now in Congress that it is more likely we’ll have success in doing that. You recall at the end of last year we did the same thing with regard to a COVID-19 package, which helped to get that final package done at the end of the year after really almost a year of no activity on something that was really necessary. This is the same thing.

“Well, first of all, I appreciate what Joe Manchin is doing here. He’s trying to find some middle ground. Unfortunately what he does is what the larger bill, S.1., does which is it takes the election system in this country and it federalizes it. So it is a federal takeover of the election system. And, as you know, under the Constitution, the states hold that power...

“In this case what he’s saying to the state of Ohio or your state of Florida is, ‘We are going to decide how redistricting is done. We are going to take it away from the democracy,’ in effect, which is right now, in Ohio, our state legislature makes that decision, and these are elected representatives. He wants to take it away and make it a federal responsibility through some kind of a commission. But even provisional voting – he says if you get a provisional vote outside of the precinct, you have to include it. Well that is a state rule that some states allow and some don’t. The bottom line is we should make it easy to vote in this country. We should also make it hard to cheat. I’m proud of our Ohio election system and I think they do a very good job. And it’s based on a bipartisan approach because we have Democrats and Republicans at every election board in every county. Why take that away from the state of Ohio? That’s the concern about what Joe is trying to do. Although, I appreciate him trying to find the middle ground, and who knows, maybe something can be done.”