In an interview on ABC This Week earlier this morning, Senator Portman discussed the ongoing bipartisan infrastructure negotiation and highlighted the importance of enacting the historic agreement - noting that it will increase efficiency, create jobs, and promote long-term economic growth without increasing inflation.

Portman also reaffirmed that the bipartisan agreement is completely separate from the Democrats’ $3.5 trillion reckless tax and spending spree.

A transcript of his remarks is below and video can be found here. 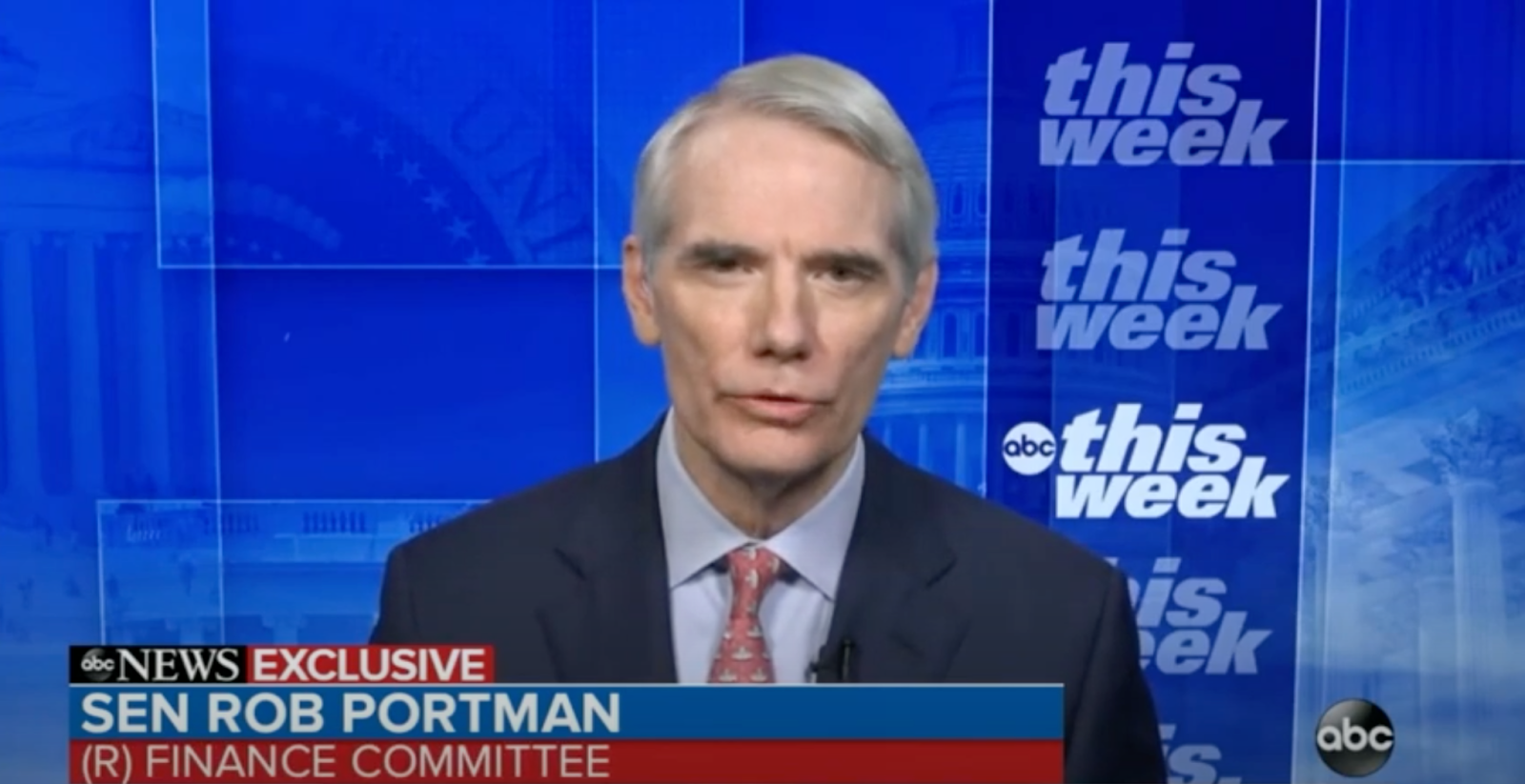 “George, let me say that what Speaker Pelosi has just said is entirely counter to what President Biden has committed to and what the Senate is doing - which is a two track process. The infrastructure bill has nothing to do with the reckless tax and spend extravaganza that she's talking about in terms of what reconciliation, as she called it. So no, I'm not happy with what she said because it's inconsistent with the agreement that we have on a bipartisan basis.”

PORTMAN ON THE NEED TO REPAIR AMERICA’S INFRASTRUCTURE:

“Well, if she has her way, we could. I'm not sure what the future is of reconciliation. I know that the bipartisan infrastructure package is very popular among the American people and in the United States Congress because it makes sense. We need it badly. Forty three percent of our roads are in bad or mediocre condition, according to the engineers. Forty six thousand bridges are structurally deficient.

“We have ships lining up at ports because our ports aren't efficient enough. Eighty seven percent of the American people think we should do a bipartisan infrastructure package. It's the right thing to do. Every president in modern times has talked about it. President Trump's proposal was for $1.5 trillion in infrastructure. Ours is about $579 billion over five years or so. This is the right thing to do. It's been totally bipartisan from the start. It's the way we ought to be doing things here in Washington to get stuff done. And I can't believe the speaker of the House would be blocking it.”

PORTMAN ON THE PROSPECTS FOR A DEAL THIS WEEK:

“We're about 90 percent of the way there. I'm here this weekend working on legislative language with colleagues and with staff and I feel good about getting that done this week. We have one issue outstanding and we're not getting much response from the Democrats on it. It's about mass transit. Our transit number is very generous. We increased transit in this proposal. We also increased the formula going forward. That's the one issue that's outstanding, frankly, at this point. My hope is that we'll see progress on that yet today.”

PORTMAN ON CONSERVATIVE CRITICISM OF THE BIPARTISAN DEAL:

“Well I normally respect the Wall Street Journal's editorial page. In fact, I read it every day, but they're totally wrong on this. And it shocks me that the Wall Street Journal, which is normally a good journalistic ethics, would say in that editorial, 'we don't know what's in it, but this is what we think.' In other words, they don't know what's in it. They're wrong about a number of things there. If they called and asked us, they could have avoided being wrong.

“One is they say that there's no permitting reform, there's historic permitting reform in this legislation. And they should strongly support that, as should every Republican and Democrat, by the way, because it allows the federal dollar to go further. Second, they say that it's not bipartisan. It's entirely bipartisan. I can guarantee you every single one of the issues has been bipartisan in the sense that there have been Republican views and Democratic views. And we've found a way to find common ground, which is exactly what ought to happen. I think the editorial reflects the fact that this city, Washington, D.C., is not used to this. You know, we're building from the middle out and coming up with something that is truly bipartisan.

“Finally, they suggest that somehow this would be bad for the economy, it's good for the economy. Every economist has looked at it says that. Why? Because you're investing in long-term capital assets. It's not immediate spending. It's not going to add to inflation. In fact, the economists will tell you it's just the opposite effect. As opposed to adding to demand it adds to the supply side. This may be assets to last for 50, 70, 80 years, like the 46,000 structurally deficient bridges I talked about. So it's the right thing to do for the country, most importantly. But it's also something that has been the subject of a bipartisan consensus finding process, which we ought to do more of in this town.”